News Detail
You are here: Home » News » Encyclopedia » Do you know the origin of screws？

Do you know the origin of screws？

The first person to describe the spiral was the Greek scientist Archimedes (approximately 287 BC-212 BC). The Archimedes spiral is a huge spiral in a wooden cylinder, used to lift water from one level to another, and irrigate the field. The true inventor may not be Archimedes himself. Maybe he just described something that already exists. Maybe it was designed by skilled craftsmen in ancient Egypt to use the irrigation on both sides of the Nile River. 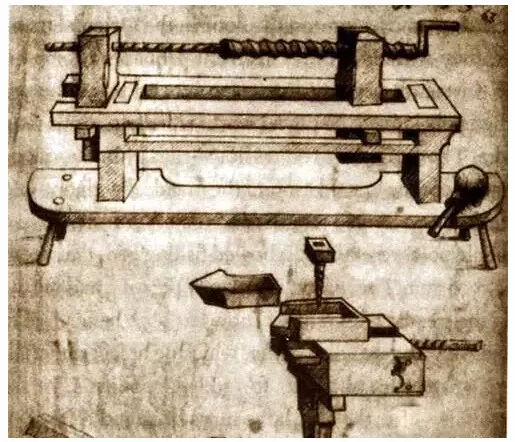 In the Middle Ages, carpenters used wooden nails or metal nails to connect furniture to wooden structures. In the 16th century, nail workers began to produce spiral nails, which were able to connect things more firmly. That is a small step from this type of nail to a screw.

Around 1550 AD, the first metal nuts and bolts that appeared as fasteners in Europe were all hand-made on simple wooden lathes.

Screwdrivers appeared in London around 1780. Carpenters have found that tightening screws with a screwdriver can fix things better than hitting with a hammer, especially when encountering fine-grained screws.

In 1797, Mozley invented an all-metal precision screw lathe in London. The following year, Wilkinson built a nut and bolt manufacturing machine in the United States. Both machines can produce universal nuts and bolts. Screws are quite popular as fixing parts, because at that time a cheap production method has been found.In 1836, Henry M. Philips applied for a patent for the screw with the cross recessed head, which marked a significant progress in the screw base technique. Different from the traditional slotted head screw, the edge of the cross recessed head screw head of the cross recessed head screw. This design makes the screwdriver center automatically and is not easy to slip off, so it is very popular. General nuts and bolts can connect metal parts together. Therefore, in the 19th century, the wood used to make machines to build houses could be replaced by metal bolts and nuts.

Now the main function of screws is to connect two workpieces together for fastening. Screws are used in general equipment, and screws are used in almost all machines. Such as mobile phones, computers, automobiles, bicycles, various machine tools and equipment.