WOMEN IN THE AUTO REPAIR INDUSTRY 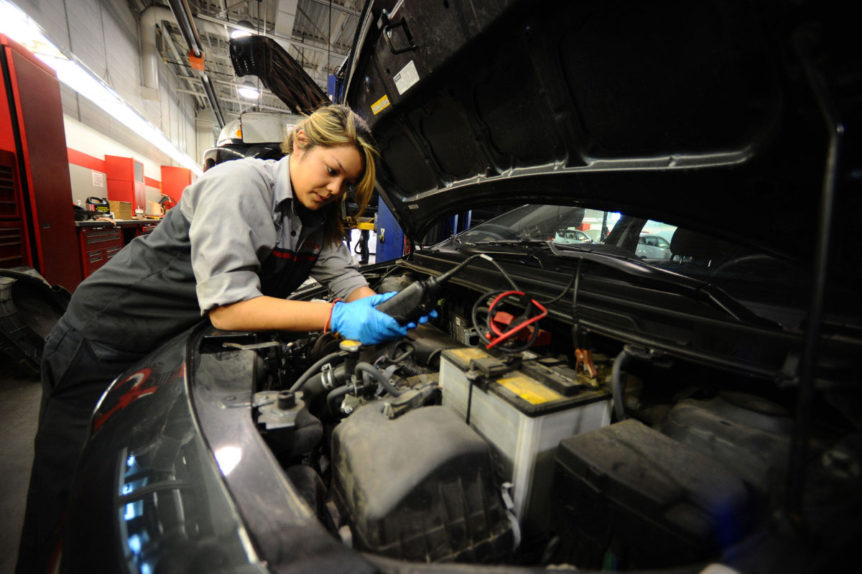 Historically, women have been rare in the auto repair industry. Much of this has been due to the physical constraints of the job, that often involve lifting heavy machinery. Also, because this is a career path that oftentimes is learned through apprenticing family members or family friends, in general men have had a better grasp of the knowledge of cars because they were more commonly taught this information.

However, just because this field has traditionally been dominated by men, doesn't mean that is a pattern that will continue in the future. Recently, there are more women trending toward a job in this field than ever before. We are likely to see the number of women in this field continuing to grow as auto repair is becoming more of a tech field with smarter cars run on computers. Also, the industry is gaining an understanding that good communication skills are just as important if not more than just physical strength .

While women may not have been commonplace in the auto industry historically, can you imagine life without windshield wipers? I mean, when it is pouring down rain, that seemingly insignificant feature on a car becomes priceless to keeping you safe. Did you know that a woman invented those handy features? In 1902, Mary Anderson invented the first windshield wiper. Another huge auto safety breakthrough is one that Florence Lawrence invented; the first turn signal, which was then referred to as “auto signaling arm.” Back in 1914 when she invented it, the signaling arm attached to a car's rear fender. It was also Florence who encouraged women to start driving.

One influential woman in the auto repair industry is Andra Fordin. Fordin is the owner of an auto body center in Flushing, Queens called Great Bear Auto Body Center. Within the center, Fordin teaches a “Women Auto Know” class to train women in this field.

Another influential woman in the field is Grace Lieblein who began working in a car assembly plant at age 18. In 2012, 34 years into her career, Lieblein was appointed the VP of global purchasing for General Motors. In this role, she encouraged women to not only enter the auto industry but reach the top careers in this field if that was their desire.

What does the future hold for women in the auto repair industry? With more women in the field now than ever before, and more interested in the field, truly the sky is the limit. Learning how to repair cars no longer has to be done through passed on knowledge from a family member because there is formal training, including some places that specialize in training women.