News Detail
You are here: Home » News » Blog » What are the types of electric wrenches?

What are the types of electric wrenches?

b. Rechargeable electric wrench
Rechargeable electric wrenches are also called wireless electric wrenches, which use battery packs for power supply. According to the type of batteries, they are divided into nickel-cadmium batteries, nickel-metal hydride batteries, and lithium batteries. Currently, nickel-cadmium and nickel-metal hydride batteries are basically eliminated on the market. Batteries are the mainstream, and fuel cells, magnesium-based batteries, and graphene batteries have not been widely used on electric wrenches. According to the assembly form of the battery pack and the tool, it is divided into an integrated charging wrench and a split charging wrench. The integrated battery pack and the tool are called an integrated charging wrench, and the battery pack and the tool are connected through a power cord called a split charging wrench. Generally, the small size or short standby time is required to use the split structure, and the large size or the standby time is strictly required to use the split structure. The split structure is mainly used to consider the weight of the large-capacity battery pack, which does not meet the weight requirements of the handheld tool. With the development of battery technology, integrated design has gradually become the mainstream. 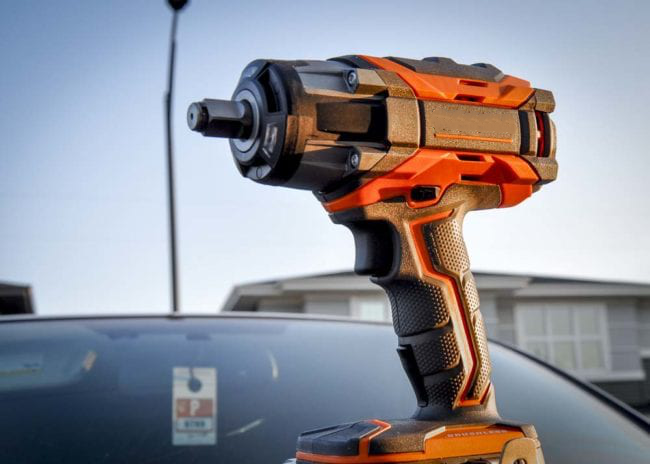 b. The angle between the rotor shaft of the motor and the center line of the screw thread fastener is called an angle electric wrench or an angled electric wrench. city
The most common angle on the field is 90°, and 15° and 30°.

3) It can be divided into three types: straight handle, curved angle and gun type according to the hand-held mode.